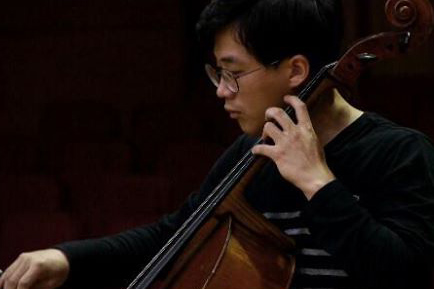 Suh Woohyoung was born in 1987 in Suwon, Korea into a musical family.
The piano became his first instrument at age nine.
he study of the cello began when he was ten years old.
he enrolled at the Yewon School of Art to study with Park hee jung.
three years later, he was studied with Yang sung won’s class at the Korea National University of Arts, early admission
In 2006~2011, he was studyied with Philippe Muller’s class at the National Conservatory of Music in Paris.
In 2012~2015, he is studying with Yang-sung won’s class at the Yonsei University College of Music.