In the 1980s, the Italian government gave certain cities subsidies to renovate older or historical buildings. Casalmaggiore was one of the ‘cities’ to receive a grant. Signor Massimo Araldi was the mayor of Casalmaggiore at the time, set about renovating the concert hall (auditorium), the theatre, (which looks like a small-scale La Scala), and Santa Chiara.

There was, however, nothing specific planned for the use of these spaces once renovated, and it was at this fortuitous juncture that Mr. Araldi contacted Mario delli Ponti, the renowned pianist, to ask whether he would provide his artistic services and advice. At the time, Taras  and his late wife, Gaelyne, had in fact already spoken to their friend and musical colleague Mr. dell Ponti about the idea of establishing an international Festival. Mario delli Ponti therefore contacted Mr. Gabora, then in Italy sitting on the jury of the Paganini International Violin Competition, and convinced him to make a trip to Casalmaggiore, which immediately set the wheels in motion for the first international summer school to take place in this well-located, quaint corner of Italy.

Taras Gabora spoke to his Dean at Oberlin Conservatory, Karen Wolff, upon his return to America, and the first Oberlin at Casalmaggiore Festival took place in October 1995 as a lieder/piano course with Gaelyne Gabora and Mario delli Ponti. In 1996 the Festival expanded to include piano, voice, violin and cello. Viola was added a couple of years later. In 2010, Anne Shih took over as Artistic Director with Giacomo Battarino as Associate Director, and the Amici del Casalmaggiore International Festival was established.

Since then the festival has hosted over 1.000 musicians and their tutors from 39 countries. Many students are now amongst the leading musicians in the world.

The Casalmaggiore Festival is unique among European Festivals in that performing opportunities, vital for preparing a career on the concert stage, are mainly for the students, not the faculty, as is the case in most summer festivals. Student performances take place at least twice daily. Faculty perform only on weekends. In 2011 there were 43 concerts in 3 weeks! Performances include soloists, ensembles large and small, from chamber groups and chamber orchestra to symphony orchestra.

In terms of a more philosophical approach, Casalmaggiore has evolved into a festival where the artistic confidence, passion and dedication of each student is encouraged to blossom through meeting and conquering of new and higher challenges, individual attention and nurturing, and inspiration and passion is gained from working intensely with great pedagogues and other equally or more talented peers.

This is all done in a relaxed, congenial and uplifting atmosphere against the backdrop of beautiful historical buildings. The students feel that they are truly in service, in service to life, to peers, to humanity through music and as such, are dedicated to bringing the best of themselves and their colleagues to the audiences. Each participant, be it student, faculty, audience member or guest, leaves the Festival feeling fulfilled, satisfied and uplifted. They feel they are part of a close-knit musical society where relationships have been forged for life.

CIF is a festival where the future of music learns from the stars of today.

Our goal is to provide talented young musicians with the highest level of artistic training and meaningful performance experiences in order to prepare them for the world’s concert stages while broadening their cultural horizons by working closely with musicians from many countries. 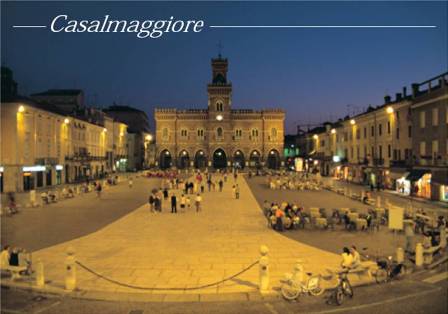 The beautiful, old town of Casalmaggiore, situated in Northern Italy on the Po River plain, has a population of about 15,000 inhabitants. It is surrounded by cultural gems, including the renowned cities of Cremona, Parma and Mantua. Milan, Venice, Verona, Florence, Pisa and Rome are easily accessible by train. On free days students may take the opportunity to visit these beautiful cities.

Since 1997, the Casalmaggiore International Festival has organized a chamber music summer school for young musicians from all over the world. The concerts are part of the overall learning experience, and on any given day, students and faculty give at least two concerts.

The 22nd edition of the festival will include approximately 40 concerts from July 9 to 29, 2018, a commitment that makes the Casalmaggiore International Festival an event of rare intensity and experience.

Added to the concerts, which feature international artists and rising stars, are master classes by our outstanding faculty, public workshops for children, the accompaniment of the musical liturgies in parishes, intensive chamber music sessions, visits to the Cremona Liuteria of Violin Making, and even an Italian language course so that students can have the widest possible exposure to Italian culture.

In 2012, we introduced the CIME (Contemporary International Musical Exchange) event, which gives students the chance to explore new musical horizons in the context of its historical background. In addition to innovative programs, discussion forums about the future of classical music, and world premieres of newly commissioned Canadian and European works, audiences hear new sights and sounds never heard before.

Canadian quartet the Borealis perform a number of exciting compositions written for them, and our top international students, including the Mainzer Virtuosi, join in to give a dynamic multi-cultural twist to this eye-opening, or ear-opening event.

The CIME program began with the vision of encouraging young musicians to return to the old tradition of performer/composer, foliowing in the footsteps of Kreisler, Ysaye, Rachmaninoff, Liszt, Chopin, etc. The event seeks to challenge the relationships which modern composers have with their roots and traditions through the masterpieces of their predecessors and to look for roads which lead to an innovative creation of future masterpieces that stand out in musical history.

As usual, chamber music is front and foremost at the Casalmaggiore Festival. Students from ca. 25 countries all over the world perform approximately 150 European works from 15 European countries, providing an intense cultural exchange unique among Festivals.

Our focus is on a future built on hard learned, and earned, experience, so some of these exciting programs will feature chamber music performed with selected up and coming young talent, paired with one of our distinguished international faculty as mentor coaches/partners.

This year, we’ll also be programming lesser known but no less deserving composers/chamber works, so please check our programs to find out when these ear opening musical explorations will take place.

The small size of Casalmaggiore and its resulting feeling of intimacy and a personal touch, its hospitality to our Festival and its people, and the intensive three weeks of diverse and interesting programs at which many of our loyal Casalmaggiore public are frequently seen, also make for cultural exchange in the broadest sense. We are very grateful to the City for providing the use of its most beautiful venues during this time. 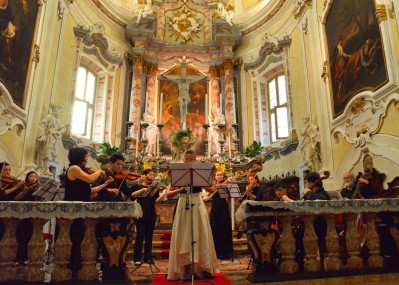 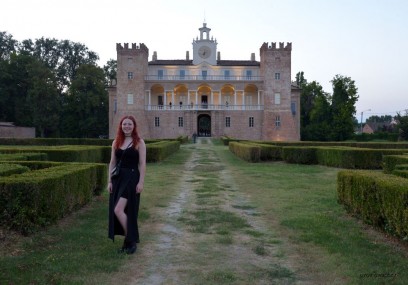 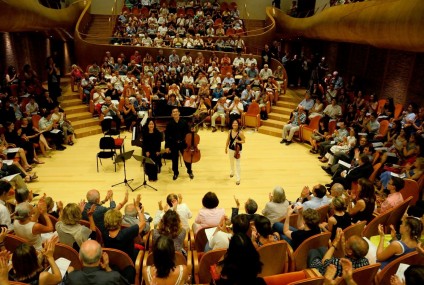 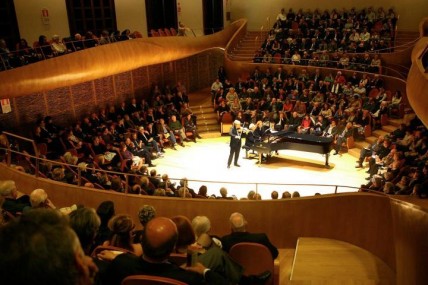 We are grateful to the government, the institutions, the Friends of the Casalmaggiore International Festival, Stauffer Foundation, Sponsors, and Associations which help us in this effort to bring the highest quality of making music in Casalmaggiore.