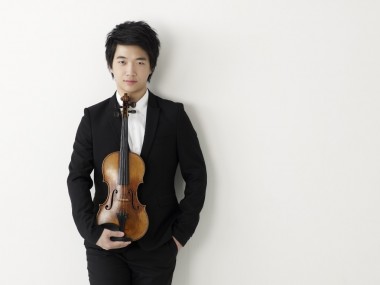 Laureate of the prestigious 2015 Queen Elisabeth International Violin Competition,
Taiwanese violinist William Wei starts to show his music to the world. In William’s Shostakovich Concerto in the final of Queen Elisabeth with the National Orchestra of Belgium with conductor Marin Alsop, Belgium Newspaper Le Soir “William Wei gets everyone’s attention in the first movement; he expresses all the possibilities in the second movement; William burns all his passion and freedom in the music till the end.”

During his studies in New York, William won the Thomas and Evon Cooper International Competition in 2013, which gave him an opportunity to perform Tchaikovsky Violin Concerto in D major with the Cleveland Orchestra at Severance Hall. He also went on to win the Concerto Competition organized by the Juilliard School and played Bruch Scottish Fantasy with the school orchestra. A keen chamber musician, William has taken part in the New York Symphony Chamber Music Program and has also performed in string quartets at Carnegie Hall (New York).

Born in Taiwan, William began violin at the age of five. Since entering the Juilliard Pre-College at sixteen, he has continued studies at the school with Hyo Kang and I-Hao Lee. William is currently a recipient of Jerome L. Greene Foundation on his Bachelor at The Juilliard School.