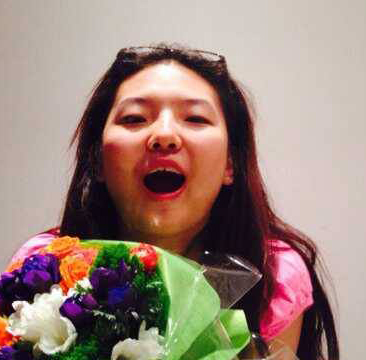 Shauna Choi, native of South Korea, is a grade 10 Honour student in Little Flower Academy, Canada. She has been studying the cello at the Vancouver Academy of Music for 7 years under the tutelage of Joseph Elworthy and visiting masterclass guests. She has participated in Kiwanis Music Festivals and Cellofest, entered in the Young Chamber Music Players Competition, and received scholarships from the Provincial Chapter and the Edith Lando foundation. She has played in recitals and the academy orchestra. Along with Brahms and Bach, she particularly adores works of Dmitri Shostakovich; the distinct angsty sensations that he portrays are alluring for Shauna because they are compellingly twisted in an ironic way. Music is mystical in that no one can truly fathom but can still manipulate. It is open to any interpretation and reveals the innermost selves. Shauna wishes to pursue music because it is an outlet for conflicts humans have in all stages of life.