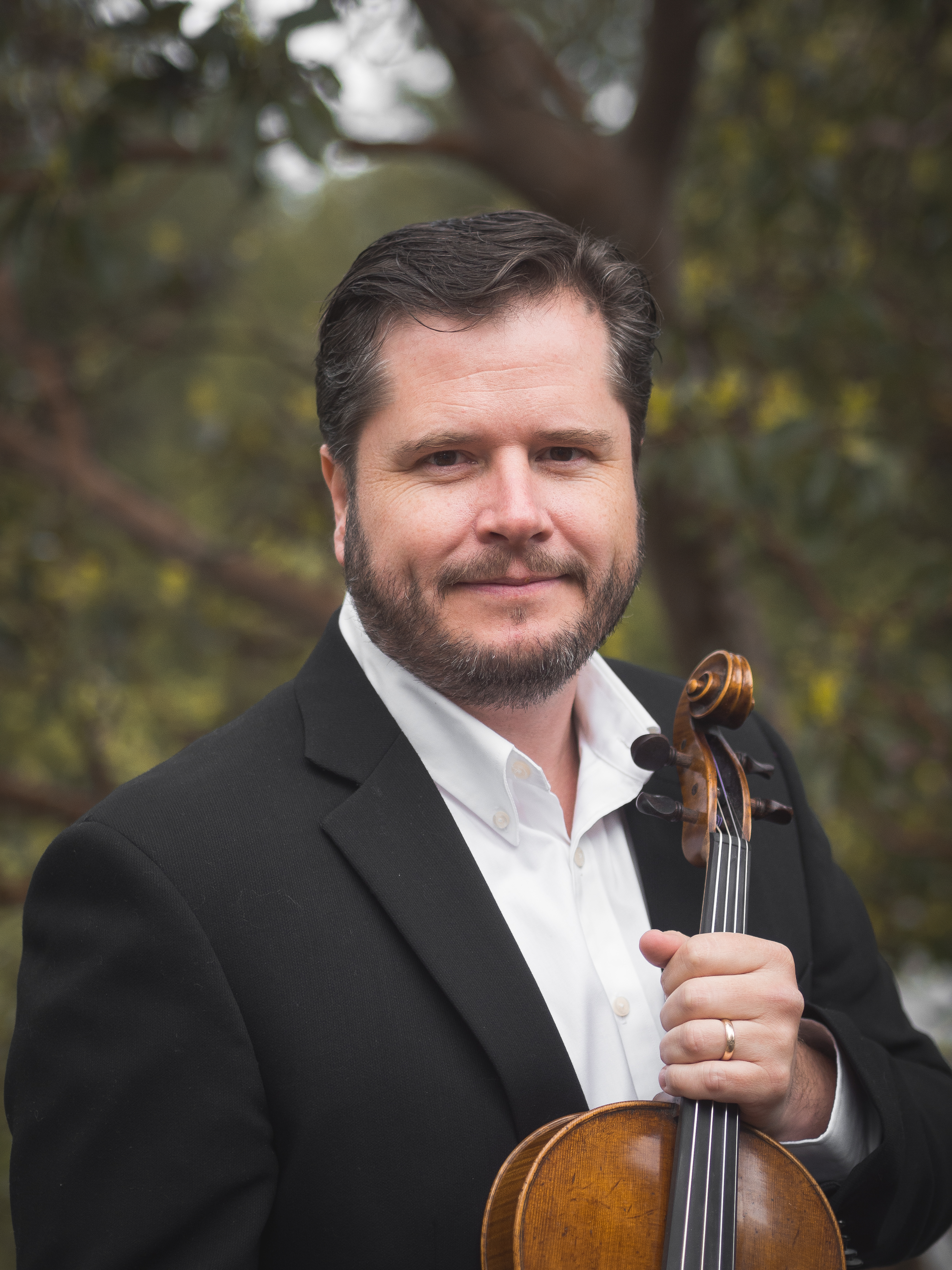 Michael van der Sloot’s first twelve years of study on the violin and then on the viola were with his brother William at the Medicine Hat College. He then completed his Bachelor and Master of Music degrees on the viola at the University of British Columbia studying with Gerald Stanick. Other instructors include internationally renowned musicians such as Martha Katz, Karen Tuttle, Bernard Zaslav, Andrew Dawes and Donald McInnes

Michael van der Sloot has had success at various solo and chamber competitions and toured throughout Western Canada as a soloist and chamber musician. In addition, van der Sloot was awarded the Johann Strauss Foundation Scholarship for study in Austria, where he pursued doctoral studies at the Mozarteum in Salzburg with Thomas Riebl.

Michael van der Sloot played in various orchestras across Western Canada. While in Europe, he continued to perform with the Salzburg Chamber Soloists throughout Switzerland, Austria, Italy and France including a performance at the Theatre Rue Champs Ellysee in Paris and the Musikverein in Vienna.

In addition to his performing, van der Sloot is a passionate teacher. He taught on faculty at the Medicine Hat College as Academy Director for 11 years; instructing violin, viola, chamber music, and chamber orchestra. Under his guidance, the institution gained recognition through the success of its students at National and International competitions.

van der Sloot then moved to Victoria, BC to take become Professor of Viola at Camosun College and String Department Head at the Victoria Conservatory of Music from 2010-2017. He also became Artistic Director of the Collegium Program for gifted young musicians. This program progressed to a standard receiving national and international recognition.

Michael van der Sloot has had the pleasure of being a guest instructor at various institutions across Canada, the Cleveland Institute of Music, and the Central Conservatory in Beijing. He has instructed at summer camps and festivals and enjoys adjudicating festivals at various cities throughout Canada.

Michael is currently Associate Professor of viola, violin, and chamber music and at the University of Ottawa. He is also Director of Performance and Chamber Music Coordinator. Many of his former students can now be found in music schools, symphonies, and chamber groups throughout North America