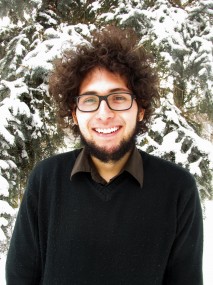 Originally from Aguascalientes, México, Luis started playing the piano when he was just 6 years old.  Since then he has played as a soloist in most of the cultural venues of the city including the Pedro de Alba Auditorium at the Autonomous University of Aguascalientes,  Morelos  Theater,  Casa  Terán,  Contemporary  Art  Museum  of Aguascalientes, and many others. He has also performed in different parts of the country such as the Arts Center of San Luis Potosí as well as abroad, in the Lorne Watson Recital Hall at Brandon University in Manitoba, Canada. Luis has performed many times as soloist or accompanist and is particularly passionate about chamber music. In 2010 he participated in the VIth Piano Biennialin Baja California, receiving generous comments for his outstanding performance. In 2011 he debuted as a soloist  with the Autonomous University of  Aguascalientes Orchestra  under  conductor  Javier  González.  In  2013  and  2014  he  entered  the Brandon Festival of the Arts where he has been awarded six 1st Place certificates, three main scholarships, and the Western Manitoba Tudor Bowl for his outstanding talent.His  main  instructors  have  been  Fernando  Olmos,  Alain  del  Real,  Megumi Masaki  and Alexander  Tselyakov.  He has  received  masterclasses  from renowned piano teachers such as Alexander Pashkov,  Marta Renart,  Georgy Tchaidze,  JaneCoop, Kyung Kim and James Anagnoson. He  started  his  Bachelor  studies  at  the  Autonomous  University  of Aguascalientes, but in 2012 he won a full scholarship to study at Brandon University in  Canada.  He is  currently finishing the final  year of his  undergraduate degree, having  maintained  his  full  ride  scholarship,  under  the  ins

Playing piano with the fingernails! First Steps, by Luis Ramirez – 2014

Luis Ramirez, Prelude and Fugue in B flat minor – J.S.Bach