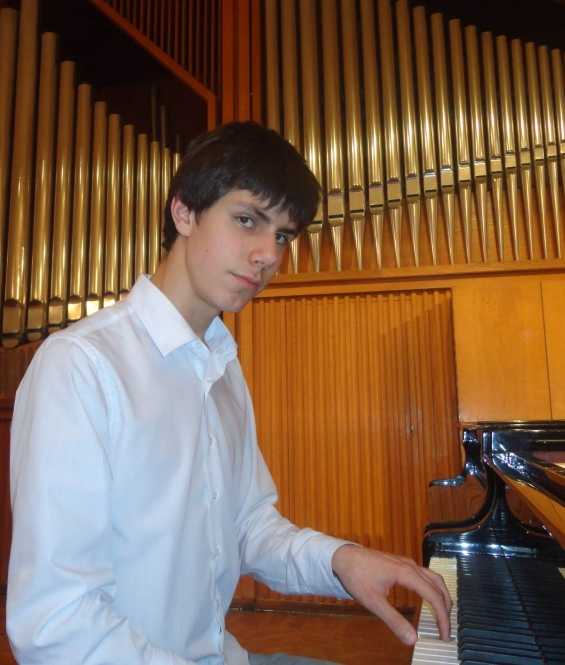 I was born in Moscow, in 1995. Both my parents are musicians. So they started my music education in the childhood. In 2004—2009 I have been studying in the Moscow Conservatory school in T.V.Nikitina’s class. During that period I became the prize winner of the «New names» competition and since that time I used to play in the concerts organized by the mentioned foundation. After graduating at the school I entered the Moscow Conservatory college in the Honored worker of culture T.V.Direktorenko’s class. Studying there I gave a number of recitals and concerts like a soloist as well as a chamber musician in different prestigious halls including Small, White, Rachmaninoff’s and Great Halls of Moscow State Conservatory, Tretyakov’s Gallery, Pushkin’s Museums, in the «Estonia» Hall in Tallinn and Great Hall of Astana philarmonia in Kazakhstan. Last summer I entered the Moscow State Conservatory in Proffesor,  Honored artist of Russia A.A.Pisarev’s class where I study till now.