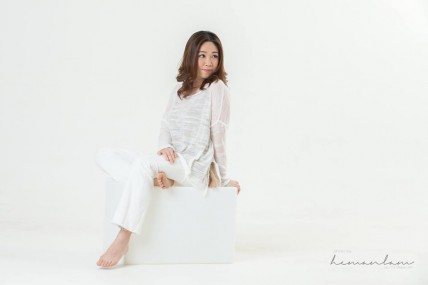 Born in Hong Kong, Beverly discovered her passion for music at age four. It has been written of her as a pianist, “the music combined with honesty, sensitivity and simplicity.” She has given performances throughout China, Japan, Serbia, Austria, Italy, Canada and USA, including solo and chamber music, as well as concertos with orchestra. Her performances have been broadcasted on RTHK radio 4 of Radio and Television of Hong Kong and the CBC Television. Beverly was trained at the Academy for Performing Arts in Hong Kong under the guidance of Ms. Nancy Loo, where she completed her master degree in piano performance. She then received scholarship to pursue on her Artist Diploma with world-renowned pianist and the distinguished Professor Lee Kum Sing in Canada. As the recipient of numerous scholarships and awards, she is a scholarship recipient of the prestigious Ohel leah Synagogue Charity postgraduate Scholarship, Tom Lee Music Scholarship, the Exxonmobil Scholarship and the Scholarship from HK and Macau Taiwanese Charity Fund. She was selected to participate in the International Summer Academy of the University Mozarteum Salzburg in Austria, Canton International Summer Music Academy in China, and International Keyboard Institute and Festival at the Mannes College of Music in the United States. Important musicians such as Gary Graffman, Andrzej Jasinski, Dimitri Bashkirov and Trevor Pinnock have substantially influenced her artistic development. Beverly’s repertoire is wide-ranging and diverse. She is known for her sensitivity and captivating performances with temperament. As a soloist, she recieved a full grant in 2009 from the Arts Development Council of Hong Kong to attend the 5th San Danielle International Piano Conference, and she was subsequently awarded an outstanding performance award playing the Schumann piano concerto. In the same year, She has also gave the debut of Gershwin’s Rhapsody in Blue with the Hong Kong Academy for Performing Arts symphony orchestra . In 2013, she had given three recitals for the 24 Chopin Preludes across Canada and they were well received.   Beverly is very keen on working with other art organizations. She was invited to collaborate in a special production, Pulse, a collaboration of the School of Dance and School of Music of the Hong Kong Academy for Performing Arts and with the Hong Kong Philharmonic Orchestra in their season finale concert, serving as an orchestral pianist in Carl Orff’s Carmina Burana. She regularly attends the rehearsal with the principal keyboardist, Linda Lee Thomas at the Vancouver Symphony Orchestra, to study the orchestral repertoire. Later, she was granted the offer of the keyboardist of the Civic Symphony Orchestra under the Chicago Symphony Orchestra.   Beverly has a deep passion for chamber music. In 2011 she founded the “The Affectionato”, they made a highly successful debut concert for the BC Cancer Foundation. The same year, she was doing a shooting collaborating with the CBC Television to demonstrate the relationship between human brain and music. In 2013, Beverly co-founded a duo “Revelare” with Kitty Cheung, Associate Concertmaster of the Hong Kong Sinfonietta. Beverly was also invited to be one of the guest artists in the MUSES concert Series at HKIED to hold concerts and masterclass. Apart from performance and teaching, she enjoys doing charity concerts in giving back to the community. Beverly was invited to join a production with the Music For Community for a chamber music production co-sponsored by the Asia Society Hong Kong. She is currently teaching at the Hong Kong Institute of Education, the Hong Kong Academy for Performing Arts, the Baron School of Music, the Hong Kong Children’s Choir and also has been adjudicating for piano competitions.