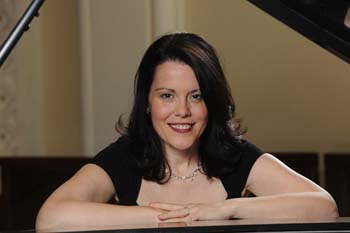 Mezzo Soprano Sherri Phelps, is an active soloist throughout the Southeast including operatic, oratorio, and concert repertoire. Her credits include: appearances with various University Programs in two roles from Puccini’s Il trittico- La Zia Principessa in Suor Angelica and Zita in Gianni Schicchi, as Dorabella in Mozart’s Cosi Fan Tutte, Marcellina in Mozart’s Le nozze di Figaro, the title character in The Grand Dutchess of Gerolstein, Hansel in Humperdinck’s Hansel and Gretel, Madame Pernelle in Kirke Mecham’s Tartuffe, and Madame Armfeldt in A Little Night Music. Ms. Phelps’s other appearances include the Music at the Mission Concert Series narrating Stravinsky’s L’histoire du Soldat with Roscoe Lee Brown, a benefit concert with the Freemont Symphony Guild, Aspen Opera Center singing the role of Myrtle in Still Life. She has performed the mezzo-soprano solos in Beethoven’s 9 th Symphony, Mozart’s Requiem and Messiah with the Lexington Philharmonic, and the role of Emilia in Otello with the Kentucky Symphony Orchestra. She spent the month of September concertizing in California singing the world premiere of Craig Bohmler’s song Keys as well as the rest of his song cycle Songs of Loss with the Mission Chamber Orchestra of San Jose under the baton of Emily Ray. Ms. Phelps has sung under the renown Jonathan Wilcox, and Sir Neville Marinner as well as many other conductors over the course of her career, and has recorded a role in Aaron Copeland’s Tenderland with Kirk Trevor. Currently she is specializing in the songs of composer John Jacob Niles and performing the multimedia recital of his music Written in the Stars with pianist Dr. Rachel Taylor. She is also an active teacher with experience at Western Kentucky University, and Murray State University, as well as maintaining a private studio. A native of Morgantown, KY she currently resides in Lexington, KY where she has completed her DMA  from the University of Kentucky after having received her Masters from the Juilliard school, and her Bachelor’s degree from Western Kentucky University.