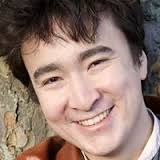 Contests
Winner and Winner of more than 10 national and international competitions, including:

He also participated in the anniversary concert dedicated to the 75th anniversary of Rodion Shchedrin.

In 2010 he was recorded by the Abbey Road Studio in London (UK).