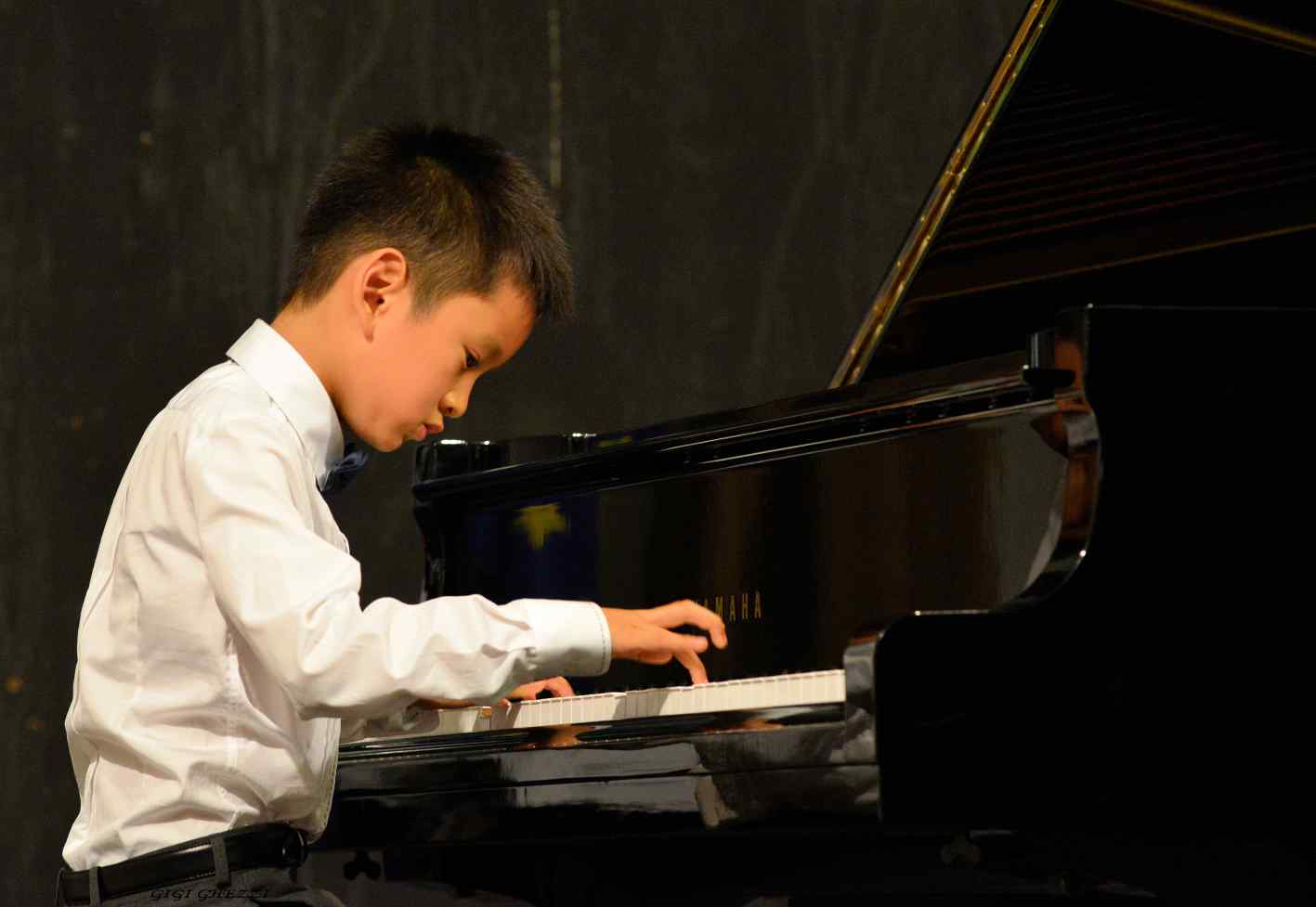 Ryan Wang, 8 years old, from West Vancouver, B.C., Canada, is currently a Grade 3 student at Collingwood School. Ryan started playing piano at the age of 4. Currently is study under Professor Lee Kum Sing. Ryan has achieved honors and scholarships in numerous Canadian piano competitions. In 2013, Ryan was awarded the First Place and Judge’s Distinction in American ProtégéInternational Piano and Strings Competition and AADGT Passion of Music Competition, and was invited to perform at Carnegie Hall. Ryan Wang held concerts at Fazioli Concert Hall in Italy and Kay Meek theatre in West Vancouver at the age of 5. Also, he was invited to perform in the Ellen Show, CBC Music, and Yundi Li 2014 New Year Concert in Beijing, China. At the age of 6, Ryan held charity piano solo recital in China to support local welfare center for children. In November 2014, Ryan was invited to perform as part of the cultural component of Canada’s participation in the APEC Summit in Beijing, China. In July 2015, Ryan had been participated in Casalmaggiore International Music Festival in Italy; he was invited to give concerts and work with the Festival Strings and Orchestra. In October 2015, Ryan held concerts in Japan and China, including giving solo recital at Nankai University during the grand opening of Jialing Academy, built for the Poet Chia-ying Yeh. In March 2016, Ryan had his piano recital at the Korner Hall at Vancouver Academy of Music, all the tickets sales of $6500 was donated to the Richmond Hospital Foundation. At the same month, Professor Lee is invited to giving series of lectures and masterclasses in China, including HongKong, Shenzhen, Xiamen, Shanghai and Beijing, Ryan will perform solo recitals in these cities. Ryan has been participated many fundraising concerts to support Sarah McLachlan School of Music, BC Children’s hospital and needy elementary schools in China. Also, Ryan performs regularly in the senior homes in Great Vancouver area. Aside from music, Ryan is a big fan of sports. He loves swimming, skiing, badminton, and hockey. Ryan also enjoys reading and traveling.