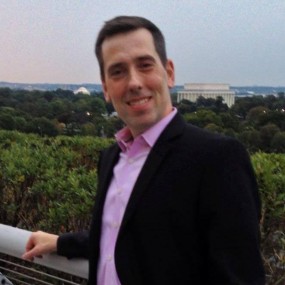 Mark A. Huseth is an exceptional singing actor who displays great depth and rare beauty in his performances. A Kansas native, he received his Bachelors degree from Benedictine College, Master of Music from the University of Missouri at Kansas City and doctoral studies at the University of Kentucky.  Currently, he holds the rank of Sergeant First Class in the US Army where he is a soloist with the Soldiers’ Chorus of the United States Army Field Band.
Mr. Huseth has performed both leading and supporting roles with several important companies including The Kansas City Lyric Opera, Utah Opera, Shreveport Opera, Seagle Music Colony and Opera in the Ozarks.  Notable roles within his repertoire included the title role in Don Giovanni, Malatesta in Don Pasquale, Ford in Falstaff, Marcello in La Boheme and Germont in La Traviata.  He has enjoyed comparable success on the concert stage in performances with the National Symphony Orchestra, Charlotte Symphony, Nashville Symphony, Kentucky Symphony, Columbus Symphony and the Cleveland Symphony. Mr. Huseth has been a district WINNER of the Metropolitan Opera Auditions and can be heard as the baritone soloist on the Boston Men’s Chorus recording of EOS.