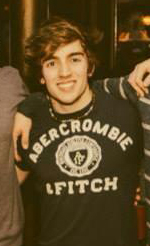 Gabriel is an enthusiastic Northern Irish Tenor who has sung alongside singers such as Roderick Williams, Bruno Caproni, and Giselle Allen. He has performed at the BBC Proms at the Royal Albert Hall and in Northern Ireland Opera’s production of The Flying Dutchman. He has a great deal of choral experience. He worked with Methodist College Chapel Choir for two years, taking part in many public performances, including evensong at Westminster Abbey, London. He has also sung extensively with the Ulster Youth Choir, recording Britten’s War Requiem with the Gabrieli Consort. Gabriel is also part of a successful young Barbershop Quartet. He intends to begin formal study in Voice and Opera in the near future.